We are at war between consciousness and nature, between the desire for permanence and the fact of flux. It is ourself against ourselves.

Reality is only a Rorschach ink-blot, you know.

Technology is destructive only in the hands of people who do not realize that they are one and the same process as the universe.

Some believe all that parents, tutors, and kindred believe. They take their principles by inheritance, and defend them as they would their estates, because they are born heirs to them.

You are that vast thing that you see far, far off with great telescopes.

How is it possible that a being with such sensitive jewels as the eyes, such enchanted musical instruments as the ears, and such fabulous arabesque of nerves as the brain can experience itself anything less than a god.

No work or love will flourish out of guilt, fear, or hollowness of heart, just as no valid plans for the future can be made by those who have no capacity for living now.

But I'll tell you what hermits realize. If you go off into a far, far forest and get very quiet, you'll come to understand that you're connected with everything.

To have faith is to trust yourself to the water. When you swim you don't grab hold of the water, because if you do you will sink and drown. Instead you relax, and float.

The only way to make sense out of change is to plunge into it, move with it, and join the dance.

To be angry about trifles is mean and childish; to rage and be furious is brutish; and to maintain perpetual wrath is akin to the practice and temper of devils; but to prevent and suppress rising resentment is wise and glorious, is manly and divine. 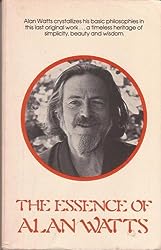